At the event “Habitat III: Co-producing Sustainable Cities” we participated at the panel “The Right to the City and the Social Production of Housing”  where we brought our critic view to the Habitat III process were there’s no mention, among many other aspects, to the finanzialization of the housing market or to vulture funds like Blackstone.  We also talked about the Housing Emergency that Spain is facing. We brought light to the reason of why, since 2007, there have been more than 500.000 evictions in Spain at the same time that we have the biggest empty house market in Europe with more than 3.5M homes. In Spain we have Homes without people and People without a Home. We remembered how the right wing Spanish government bailed out banks with 150.000 Millions € at the same time that sent families to exclusion with mortgages debts for life.  In a country with only 1% housing market and a 91% home homeownership at the pick of the bubble, it’s clear that what’s happening in Spain is not a crisis but a scam organized by the financial and politic sector.  In front of a highly interested audience we also presented PAH methodology, principles, demands and our actual relation with the new political parties in Spain.

At the event “Ways to Affordable Housing” we meet with other Housing movements of Berlin and other cities and we all shared our fights, experiences and methodologies. We also put in common our critic view to Habitat III. For us this event was very important to learn about the Berlin Rent Referendum the strength and importance of German Tenants Unions  (in Spain we don’t have any) and incredible projects like Kotti & Co. 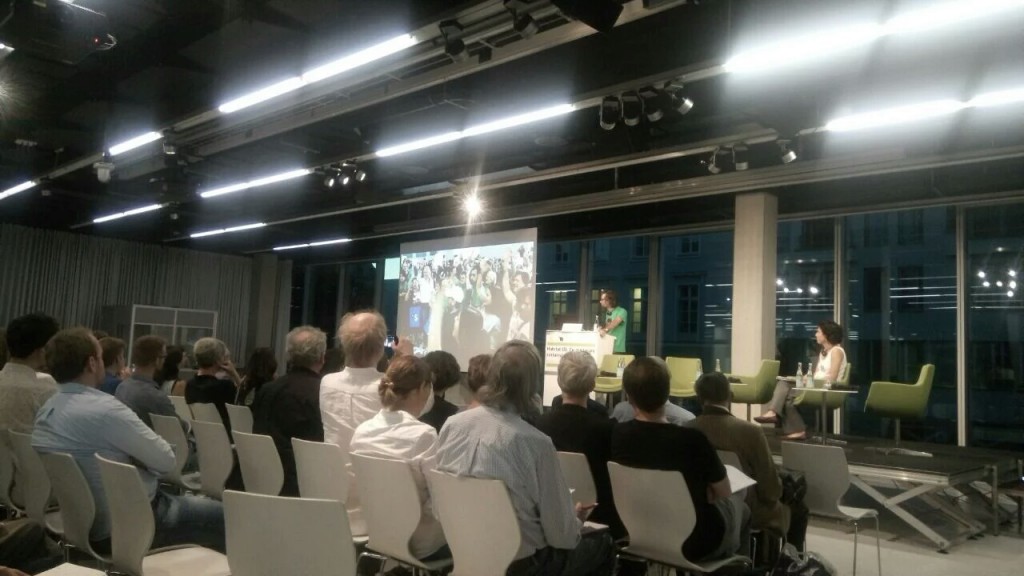